Jerky, by definition, is trimmed, lean meat or poultry that has been cut into strips, smoked, cooked, and then dried. High in protein, low in fat and calories, and easily portable, jerky is the perfect, guilt-free snack to add to your diet.

It’s estimated that jerky was discovered in the 1500s by the Quechua people — native to South America. Jerky was created because it was easy to travel with and kept the meat preserved. There were no refrigerators back then! The tribes also didn’t have dehydrating machines. They dried the meat under the sun.

The word jerky comes from the Anglicization of the Native American term charqui, which means “dried meat.”

The preparation of jerky isn’t restricted to any single animal; it can be made from pork, venison, elk, caribou, moose, and more.

Never before has there been such a variety of jerky options in the marketplace that range from lower and reduced fat and sodium products to choices featuring unique flavor profiles like chili lime, pineapple orange, honey dijon, and teriyaki – to name a few. It’s no surprise, then, that consumers are increasingly turning to jerky to feel satiated when traveling, to refuel post-workout, and to avoid the afternoon slump at the office. Parents are also embracing this convenient, nutrient-dense snack to complement kids’ lunches and to keep after-school hunger at bay. So go ahead and delight in the endless delicious jerky options available to satisfy your most persistent cravings.

There are many nutritious jerky choices available, including more than 44 low fat options. The below guide features a sample of Meat Institute member products for those seeking jerky that meets one of these nutrient content or health claims.

Low Sodium - 140 mg of sodium or less per serving

Natural - A product containing no artificial ingredient or added color and is only minimally processed. 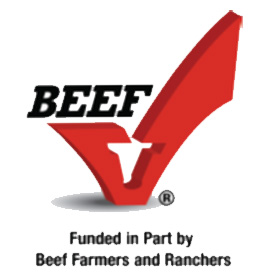